Welcome to Kludgeville, aka the H/K Rabco ST-7 linear-tracking turntable. Introduced in the mid 1970s and selling in fairly high numbers, the ST-7 was a brilliant product, which eventually crashed and burned because of reliability issues and a changing marketplace. It and its sibling ST-6 and ST-8 models introduced linear tracking, or tangential tracking, to a wide audience of music lovers seeking to extract that little bit of extra magic from the record grooves.

Tangential arms were nothing new at the time. Companies like Rek-O-Kut, Ortho-Sonic and Burne-Jones had fielded products of this nature as early as the mid-1950s. However, it wasn’t until the mid-1960s that a somewhat commercially viable tangential-tracking turntable, the Marantz SLT-12, became available to the buying public. As valiant an attempt as the Marantz was, it was doomed to fail as a successful business venture, due to various mechanical problems. 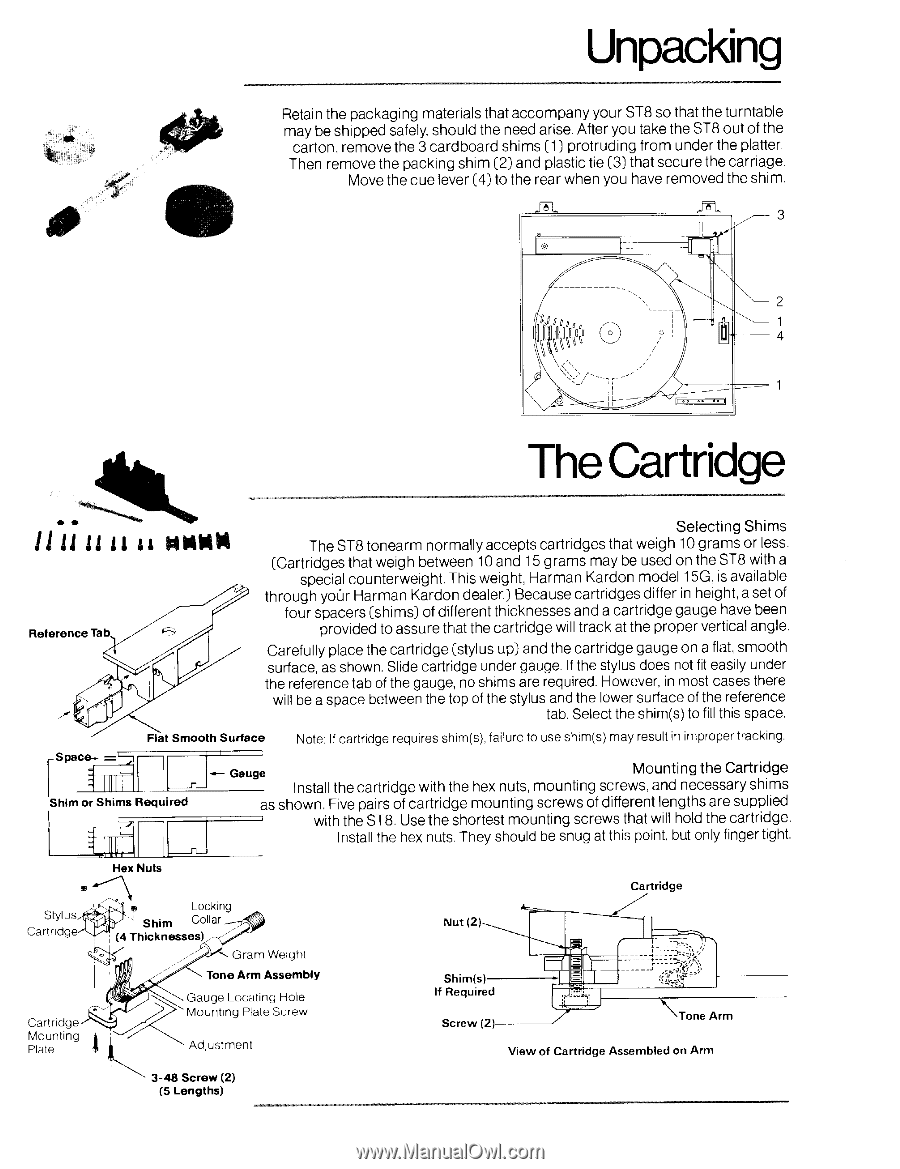 Enter Rabco, the Maryland-based manufacturer of the now-famous SL-8 and SL-8E tangential-tracking tonearms. Somehow, Rabco figured out a way to make these arms relatively reliable, despite their mechanical complication (i.e. two electrical motors). These arms found their way onto many of the revered turntables of the early 1970s, like the Thorens TD-125 and Technics SL-1100. Rabco even marketed a complete linear-tracking turntable in the form of its ST-4 model. At the time, the ST-4 retailed for $159, while the more sophisticated SL-8E retailed for $169. These prices weren’t out of line by any means, considering that a garden-variety belt-drive turntable at the time sold in the vicinity of $115.

Even though Rabco was reasonably successful, the company eventually sold out to Harman Kardon. By 1975, the acquired brand was manufacturing the ST-7, which was embraced momentarily by its dealer network. I actually owned an ST-7 in 1975 and enjoyed it immensely, but its complication led to frustration and I passed it on to another owner. So here I am now with a nice example of an ST-7 and it’s working pretty well. How did this happen?

About a year ago, I was the recipient of three gifts from two friends: a Marantz 2245 receiver, a pair of JBL L100 speakers and the ST-7. The Marantz and JBLs were easy to sort out and get up to excellent working condition. However, the ST-7 sat on a filing cabinet for months before I even plugged it in. I know that getting this thing up to new-operation condition was going to take a lot of patience, so that is what was exercised. After plugging it in, various problems came to light. It needed thorough cleaning, extensive lubrication, new belts, new indicator lamps and many, many adjustments. 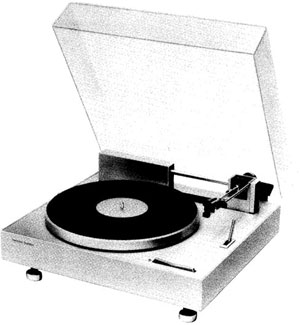 I said welcome to Kludgeville and that is not an understatement. Removing the platter and top panel of the ST-7 reveals a mechanical nightmare that would do Rube Goldberg proud. And just about everything is adjustable. But those adjustments must be made just right or the thing simply won’t function properly.

So, over a four-month period, I deal with one issue after another, often creating another issue, which created another. There were times when I just wanted to hit it with a hammer and be done with it, but I persevered. Eventually I got it to play records without either malfunctioning or going out of adjustment. And even though I had the owner’s manual, I was missing the all-important cartridge-alignment gauge; luckily, wonders of modern technology fixed that for me. A company called Shapeways makes a 3D-printed version of this gauge that works like a charm.

Before putting the ST-7 into service, I did a couple of tweaks that worked out well. I did some internal damping of the metal casework and I installed a GEM Dandy turntable mat. I also replaced the crummy molded RCA plugs with high-quality gold-plated copper models. Another tip for good operation is getting the table to be perfectly level; I have a handy bi-directional mini level that works perfectly for this task. I use a Shure V-15 Type III cartridge for all of my listening.

First impressions are very promising—the ST-7 keeps its speed stability well and exhibits little signs of rumble. A tap on the chassis does produce an audible thunk, but that is not too bothersome. Who smacks their turntable while listening anyway? The tonearm tracks perfectly straight across all the records that I play, and the end-lift/shut-off mechanism performs flawlessly—promising indeed.

Going with period music, I decide to play nothing but 1970s records. First up is Chick Corea’s album Crystal Silence (ECM). The lengthy composition “Sometime Ago/La Fiesta” is thoroughly enjoyable, exhibiting a nice clean treble presentation and good rendering of Flora Purim’s vocals. Thing thing arenabuddhist games. Next up is “Miles Beyond,” off of the Mahavishnu Orchestra’s Birds of Fire album (Columbia). There is excellent punch on Billy Cobham’s drums, Rick Laird’s bass lines are clearly delineated and John McLaughlin’s guitar has incredible bite, while Jerry Goodman’s violin does not irritate. I move on to the Jan Hammer Group’s album Oh, Yeah? The title cut is very busy with synthesized bass, bass guitar and bass drum, but the ST-7/V-15 combination unravels all of it.

By this time, I’m into the smiley-face/toe-tapping region of listening. For the final album, I tee up In Praise of Learning by Henry Cow. Yes, I realize that admitting to listening to Henry Cow is akin to admitting that you set cats on fire or throw bricks at school busses, but I like the music. The song “Beautiful as the Moon – Terrible as an Army with Banners,” a paen to oppressed working classes, sounds as good as I remember it sounding when I played this very same record on my original ST-7. If I remember correctly, the cartridge I had on that one was a Fidelity Research FR-1 MK II. To achieve similar results with the refurbished table is not too shabby.

If I can criticize the reproduction of this particular ST-7, it is that the lower registers are lacking in weight compared to some modern tables, and the front-to-back staging is a bit compressed and two dimensional. On the plus side, you get a big, steady left-to-right image, great focus and absolutely no mis-tracking.

Owning one of these turntables is not for the faint of heart. You either have to be mechanically adept or know a technician who can deal with the various trouble spots. Most of all, one must have patience. However, once you have it sorted out, the ST-7 is easy to use, it sounds pretty darn good and it has looks that are way past cool. I’m keeping this one, which will be mated to the Marantz/JBL system, where it will live happily ever after—at least until it goes out of adjustment.